Look at what the record shows........Real evidence of the quality level in Stipe Cattle! Performance with the real carcass value.

Stipe Charolais and Angus, from the beginning, has maintained a very closely bred herd.  For 40+ years, we have continued to select for calving ease, improve carcass quality, as well as the basis which include structural soundness, fleshing ability, and adequate muscle.  As a result, we have developed functional animals that answer the needs of the entire industry, cattle with high carcass values.
After the national audit, the Monfort Company, along with Dallas Horton, organized a sire program to see if some of the problems found in the quality audit could be corrected.  This was well timed for us.  It was a random mating, side by side comparison from conception to carcass.  The test was a five year program and national level competition that included 79 bulls across six different breeds. Stipe Charolais and Angus genetics were able to demonstrate a short gestation, medium birth weight, and competed very favorably in performance.  As a matter of fact, the top bulls for performance were below average for net profit. 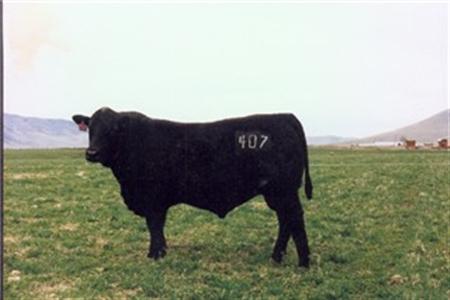 Our Angus bull, Stipe Montana Ideal 407, had 100% Choice with a yield grade of 2.8 and his calves were straight black, a very notable accomplishment for Angus cattle. 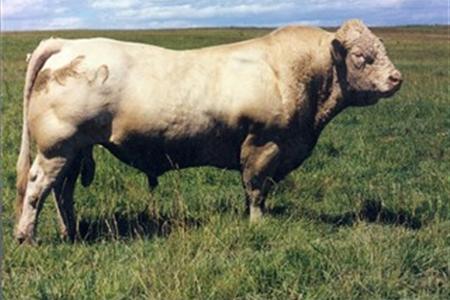 Our bull, SCC Charlie A183, was the top bull in the entire test for net profit.
While another bull, SCV Joe Montana Y65, calves were 84% choice with .4 back fat.

In 1994, we began to enter the Fed Beef Contest @ the National Western Stock Show in Denver, which is the Super Bowl of cattle shows. The scoring system is the average of five animals and parallels the value of what the industry is paying for.  From 1994 until we stopped entering, there was just one year that we did not have the high score.  The two highest scores we recorded were in 2001 and 2003.  Our high scores are still the highest value to date, despite not competing since 2004,  No other herd has done what the Stipe herd has done! 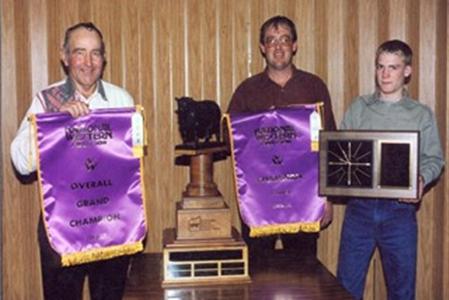 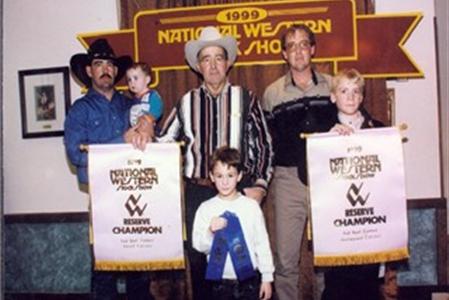