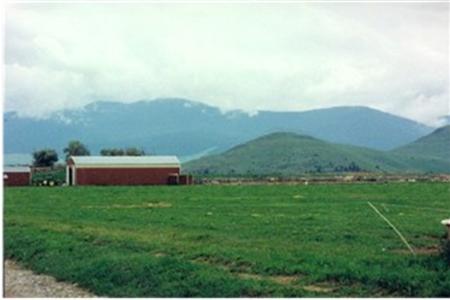 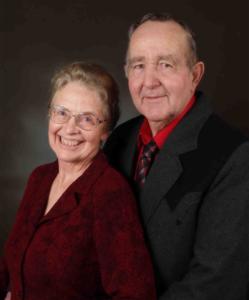 Chuck and Doris Stipe began their own cattle operation in 1960.  Both had been raised with an agricultural background.  They began the fourth generation, Chuck being the third, of Stipe's raised in Moiese, MT.  They have four children: Vern, Sharon, Marv, and Doug.  Vern and Marv live on the ranch in Moiese with their families, Sharon and her family live in Gridley, California, while Doug and his family live in Nyssa, Oregon.  Each raises cattle that are part of the Stipe herd.

The first Stipe cross calves were born in 1964.  At that time the Stipes were feeding their own calves and selling them to a small packing plant in Ronan, MT.  Carcasses were graded by a USDA grader and were identified to a sire and dam.  This gave first hand insight to the strengths and weaknesses of these cattle.  From there, some sires and bloodlines were identified which had had superior carcass quality.  The Stipes have continued to build upon those bloodlines.  The growth and muscling of the Charolais were most impressive.  However, two corrections needed to be made with calving ease and carcass quality.  The decision was made to breed purebred Charolais.  The goals of the Stipe program were set based on economically important traits.  Those traits being sought after were short gestation, moderate birth weight, good growth with feed efficiency, cattle of proper size to produce optimum carcass, quality grade of choice, yield grade 1 or 2, and with a carcass range of 700-900 pounds.  The approach taken to calving ease was use only sires yielding good results on yearling heifers while producing calves with good growth.   Through involvement in the Monfort-Horton sire test and the National-Western Stock Show Fed Beef Contest, Stipe Charolais and Angus has demonstrated real progress in achieving goals set over 35 years ago.  For the past three decades Stipe Charolais and Angus have selected cattle to work for the rancher, cattle feeder, meat packer, and retailer.

We now sell over 300 bulls annually between the two herds of Charolais and Angus.